Information About Electric Cars - Their Safety and Popularity

An electric car is a vehicle which uses electrical motors and motor controllers to power itself, instead of internal combustion engines that more typical petrol/diesel-powered cars use. Electric cars need to be re-charged roughly ever 150-250 miles, however this is their maximum life. They can be re-charged at home (using special devices) or at electric-car charging stations which are being deployed across the country (San Jose, Calif was the first to test the stations).

Whilst their popularity has varied over time, they have recently (since about the mid 1990s) started gaining in popularity again. In April 2009, the United Kingdom Government announced plans to provide a subsidy of up to £5,000 to people who buy electric or hybrid cars. 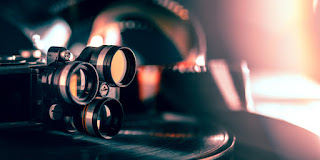 Electric cars need to be re-charged periodically, as mentioned above. Re-charge times vary depending on the amount of power the socket provides, however a re-charge center can re-charge an electric car battery in anything up to an hour (some batteries can be re-charged in much less time, however).

Many electric cars use regenerative braking - this process means that the significant portion of energy used when a car accelerates can be gained back when the car breaks. This helps to increase the overall efficiency of the vehicle.

Electric cars are relatively safe since many have the standard safety features (side impact bars, front and rear crumple zones, safety glass etc), and also they are relatively heavy (compared to standard cars), and it's been proven that heavier cars tend to see lesser injuries occur to its passengers compared to lighter cars in the event of a crash. Of course, this is on average - safety also comes down to the manufacturer and the safety features they install. But there's no specific reason why electric cars are less safe than standard cars.

Additionally, electric cars have multiple safety layers built in to mitigate any potential possibility of getting a shock from the electric car's battery. More specifically, the battery pack is known as a "floating system" since it's kept electrically separate from the car's chassis. Some other components may simply not function if they detect even a slight fault in the electricity going to the chassis.

As with any electrical system, electric cars have numerous circuit breakers, fuses, mains contractors etc. Due to the aforementioned safety layers, it is perfectly safe to use electric cars in the rain.

Remember that an electrical car is, on average, heavier than standard cars. This does mean that there will be a slightly adjustment needed when handling the vehicle (for example, just as it would if you put heavy items in the boot/trunk of a standard car). Power steering and power brakes are recommended features to look out for when purchasing an electric car.

One problem with the external safety of electric cars is that they are relatively quiet, and in speeds of 20 mph (32 kph) or lower they are especially hard to hear. This will pose a threat particularly to visually-impaired pedestrians who may not be able to hear the vehicle coming. To combat this, the United States Congress and European Union Commission are looking at introducing legislation to ensure that electric cars emit a minimum level of sound.

Currently electric cars are seen as quite different, and aren't very popular (albeit they are growing in popularity). However this hasn't always been the case. In the early 20th century (1900-1920), electric cars were more popular than standard gasoline-powered cars. However their popularity rapidly diminished from the 1920s to the 1980s, as oil (and so petrol/diesel) prices become relatively cheap.

However since the 1980s, oil has started becoming relatively more expensive again, and eco-friendly attitudes have risen. As such electric car popularity is rising again. In an LA car show in 1990, the President of General Motors unveiled the "Impact" electric car - this was a forerunner to the hallmark EV1 electric car.

According to the American Electric Drive Transportation Association, in 2006 there were about 70,000 electric cars in use in America, up from the estimated 56,000 cars just two years before - an increase of 25%. Overall numbers of such cars used are still very low compared to usage figures of gasoline-powered cars, however their usage numbers are rising and the trend towards more eco-friendly views can only benefit electric car usage.