An Introduction to Electric Cars

Everyone is well aware that the prices of petroleum products all over the world have been steadily rising in the past years.

This is due mainly to the fact that the sources of these products are being slowly depleted and experts estimate that it will be bled dry in the next 20 years. 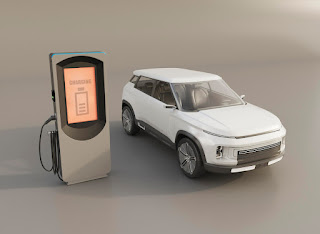 Because of that, every car owner has been wondering about what other kinds of cars possess the same mileage as gasoline - guzzling cars but at a lesser maintenance cost. One of the answers is electric cars.

Electric cars - what are they and why do we need them?

Electric cars are also called electric vehicles or EVs. They have been competing with the conventional gas - guzzler since the car was invented but were almost wiped out when Ford learned to mass produce his Model T cars.

Since then, car companies have been reluctant to produce electric cars except in showrooms. It was the case until General Motors produced various varieties like the EV1 in 1996. However, it was not that successful, primarily because of the efforts of oil companies and some major car manufacturers.

As its name says, electric cars run on electricity. They have been around since the 1880s.

They are popular during that time because of their near silence, as compared to the unpleasant noise produced by the internal - combustion engine of gas - guzzlers, and their low - maintenance costs. But because of several factors like the one mentioned earlier, electric cars took a backseat.

Aside from that, other benefits are also brought about by electric cars and they are most noticeable on the environment.

Due to the fact that they don't use petroleum products or other natural resources as fuel, they produce no emission.

This is why they are called "ZEVs" or zero emission vehicles. These makes them environment friendly. These makes it desirable because automobiles today are one of the main reasons for the worsening condition of global warming brought about by air pollution.

With the continued advancement of science and technology, electric car parts are also becoming more affordable, durable and more effective.

Electric car batteries today have longer lives and can run further per charge. Other parts are readily available and can be brought on most department stores and hardware depots.

Today many car owners are rediscovering the benefits brought about by using electric cars.

But because not many electric cars are produced by car companies, private individuals take steps to build an electric car on their own. In fact, anyone can build their own electric car.

Converting your car into an electric vehicle has become a hobby and obsession for some and the idea is becoming more and more popular.

There are online sites that offer instructional videos and guides showing you how to make an electric car.

Aside from that, they provide information on where to get parts at the best possible deals. There are also online forums where electric car enthusiasts can share their ideas and offer help to anyone who wants to build an electric car.

Indeed electric cars are maybe the answer to some of the problems that the world faces today. It's good to know that some people are taking steps to promote this idea. But unless most people who own a car agrees and patronizes it, electric cars will stay out of the spotlight, waiting for its time.