The idea of speed and an electric car are two elements that very few people in the world would have put together until just very recently.

However, such has been the improvements in technology over the last few years that a number of fast electric cars are now commonplace on roads and highways around the world. So what can you expect from the electric car market? 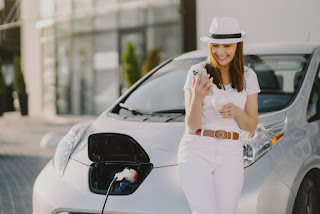 The need for speed

When you consider that the famous Tesla roadster, one of the most recognized electric vehicles on the market, can accelerate from 0 to 60 mph in just 3.7 seconds you might just begin to imagine how much the electric-powered car market has changed.

The vehicle also has a top speed of 125 mph although it is worth noting that many other electric cars on the market also have similar acceleration and similar top speeds.

The Ultimate Aero EV, the Lightning GT, the AC Propulsion tzero and the surprise entry into the fast electric powered car market is the 1972 Electric Datsun.

These are vehicles that have been introduced to the electric vehicle market, often as concept cars and never actually reaching the mass market, but ultimately they have shown what is possible and how far technology has improved in recent times.

The KillaCycle is also a useful talking point as this is a bike powered by electricity that can accelerate from 0 to 60 mph in under one second! The top speed for the vehicle is 170 mph and in trials, it has covered a quarter of a mile in just under 8 seconds.

These truly are speed machines and the very fact they are powered by electricity will surprise and indeed astound many people.

What can we expect from future electric-powered cars?

While there's no doubt that many people are surprised at the development in the electric-powered car market over the last decade, this is literally just the tip of the iceberg and we will see massive efficiency improvements in the years to come.

The vast majority of people who acquire electric cars are looking more towards higher efficiency and longer journeys but it is also useful to see improvements in the speed of electric vehicles.

Consumer demand for electric-powered sports cars has also been very buoyant, to the surprise of many, although the likes of Tesla have been very proactive in this field and attracted the attention of the mass market.

While the ultimate target for the electric vehicle market is greater efficiency and less pollution released into the environment there is no doubt that there will always be motorists looking for that extra boost of speed.

It is interesting to see that even some of the customized electric cars from years gone by are able to reach speeds that in many cases are way above and beyond the limits of traditional cars.