Why Do You Need Electric Car Conversion?

The electric car, also called electric vehicle or EV, has been around since the early1850s but since the inception of the electric starter in the internal-combustion engine, they have been almost forgotten.

Now, with the rising levels of pollution caused by petroleum - based fuels and the possibility that these fuels are nearly almost used up, car owners are looking for various alternatives to prolong their driving lives. Because of that, people are beginning to notice the electric car, as well as other hybrids, again. 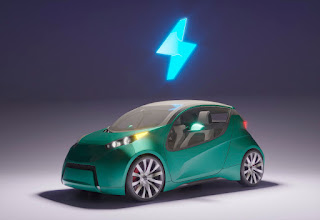 Doing an Electric car conversion is not a new idea.

Many people have been modifying their gasoline fueled cars to run on electricity for the past years. Most of the electric cars that are seen on the roads today are practically made from home backyards and garages.

This is due mainly to the low production of electric cars by automobile companies in spite of the many benefits that this kind of vehicle offers to us.

Because of the fact that they produce zero emissions, electric cars don't contribute to the air pollution. This has been the cause of much concern lately especially after the smog incident in Beijing during the recent Olympics.

Smog, which is short for smoky fog, is usually found in major cities and is caused mostly by emissions from automobiles and industries.

When exposed to smog, people can experience eye irritations and various respiratory illnesses.

Due also to the absence of emissions, almost all the stored energy in the batteries is converted to running the wheels.

It makes the electric car more fuel and energy efficient unlike the internal - combustion ones which uses only less that 25 % of the energy in every liter of gasoline.

The electric car is more cost efficient and gives a better return for the car owners' money in the long run. This is because its parts become more affordable and more durable as technology progresses.

The absence of the internal - combustion engine gives the electric car the potential to be quieter thus contributing less to sound pollution.

Its being nearly silent is one of its main features and the one which makes it appealing to car owners who doesn't like that much noise when they are driving.

An Electric car conversion is also a good form of recycling especially to something that is not easily disposed of like used cars.

Instead of buying one, many car owners just build an electric car. Unlike conventional cars, it only takes basic knowledge about cars and electricity to do it.

That is why it's easy to build an electric car. The World Wide Web is a good source of information especially for those who are just starting to know about electric cars.

Sites about electric cars like provide online help to anyone who's planning for an electric car conversion.

Electric cars really have many advantages and it's a wonder why it is not gaining that much attention.

But with the world's resources dwindling and nature battling against the effects of pollution, maybe it would be a good idea for everyone to give an electric car conversion a try.